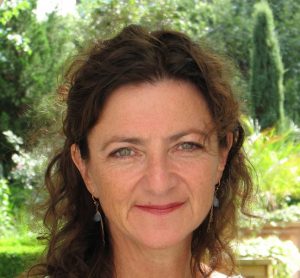 Helen Benedict, a professor at Columbia University, is the author of seven novels, five books of nonfiction, and a play. Her just-published novel Wolf Season was called “required reading” by Elissa Schappell and received a starred review in Library Journal, which wrote, “In a book that deserves the widest attention, Benedict ‘follows the war home,’ engaging readers with an insightful story right up until the gut-wrenching conclusion.” Benedict’s previous novel, Sand Queen, was named a “Best Contemporary War Novel” by Publishers Weekly.

As a nonfiction writer, her coverage of sexual assault in the U.S. military inspired the Academy Award-nominated documentary The Invisible War and instigated a landmark lawsuit against the Pentagon on behalf of victims of military sexual assault. Benedict has published widely and spoken at Harvard University, TED Talks, West Point, the U.S. Air Force Academy, and the United Nations, among other campuses and organizations. She is currently in residence at Blue Mountain Center working on her latest creative non-fiction novel.

Join us for a reading, Q&A and refreshments. Free and open to the public.

TumbleBooks’ are easy to use, and feature unlimited access from home! You can read as many books as you want, when you want, and on any device. There are no check-outs, holds, or bulky downloads. Books are available instantly.